For millions of Brazilians blocked from postal delivery, naPorta is knocking on the door

Across the mega-cities of São Paulo and Rio de Janeiro lie favelas, informal communities with maze-like streets, narrow alleys, and dense arrangements of buildings built on sloping hills that have existed since the late 19th century. While more than 11 million Brazilians call favelas home, the postal service and other major carriers deem these communities “restricted areas” (restrição de entrega), leaving residents to pay fees and travel outside their communities just to pick up packages. When Sanderson Pajeú told Leonardo Medeiros his story of frustration about receiving packages, Medeiros decided there must be a way to better serve favelas. Pajeú, now CEO, and Medeiros, now COO, and two other co-founders–CMO Katrine Scomparin and CFO Rodrigo Yanez–started naPorta to make it possible for residents of favelas and other underdeveloped areas to receive deliveries direct to their residences.

“We collect and process products and use local couriers to deliver packages directly to customers, providing package tracking, as well,” explains Scomparin. “Our mobile Flutter app allows residents to map their address directly with our platform.”

The aptly named company (naPorta means "at your door" in Portuguese) operates by employing couriers, who primarily deliver by bike, which has proven to be an easier way to access the residences in these communities. The company hires many favela residents, providing financial education to favela communities, to help them invest in their and their families’ futures.

“We have a chance to change people’s lives every day in deep, meaningful ways,” says Scomparin. “It's very fulfilling, promoting differences in favelas and in Brazil. We want to expand our solution around the country and world.” 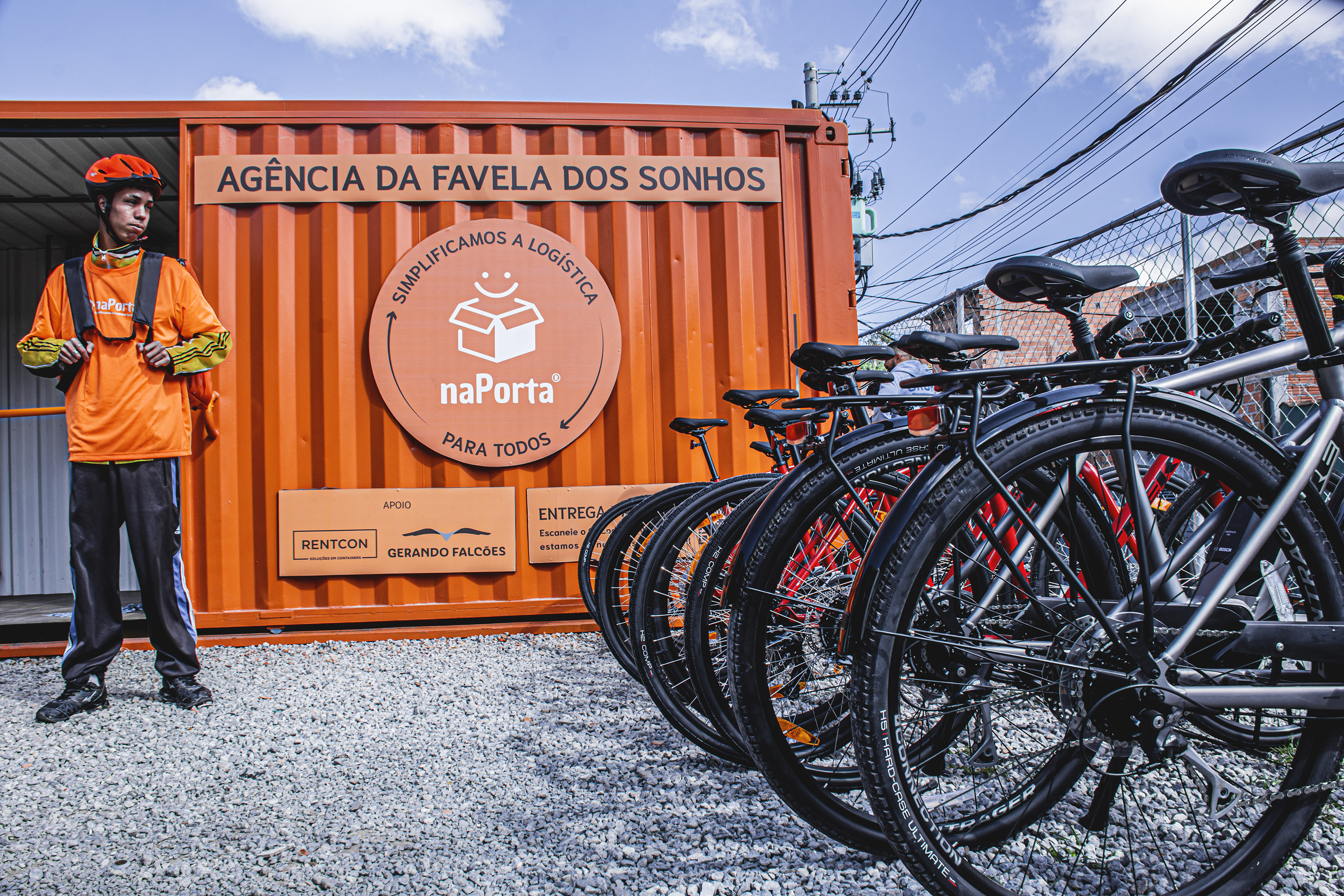 A naPorta courier prepares to make deliveries by bike

With a Flutter app, favela residents can map their own addresses for parcel delivery

naPorta is in the process of mapping over 600 residences and is using Google Cloud Platform to create zip codes for people in favelas, which would allow clearer routing to specific addresses and faster package delivery. A Flutter app allows residents to provide information to naPorta to create their own addresses.

“We are not only a logistics company; we promote belonging and sustainability,” says Sanderson Pajeú, founder and CEO of naPorta. “We support people. We appreciate Google’s help improving our solution. We want to keep on growing to expand to other cities and countries.”

naPorta is preparing to open their second round of funding, which will help them to expand to about 50 favelas in Brazil. When they started the Accelerator, they had four clients, and now they have eight, including DHL, Riachuelo, C&A, Americanas, and Mercado Livre.

Pajeú’s advice to other founders is to educate themselves and be humble about their mission. “Acknowledging the fact that the more you learn, the more you know is the way to create a good path and be successful,” he says.